I guess I could say I called it.

For the past few years now, I buy an All Star Game jersey for one of the Red Sox that is playing that year. I’ve avoided getting one for perennial attendee Manny Ramirez, figuring that since he easily makes it every year, I’d be better off getting one from more variable players.

Here’s what I’ve gotten so far:

And in 2008 (ordered before even the rumors started flying)? 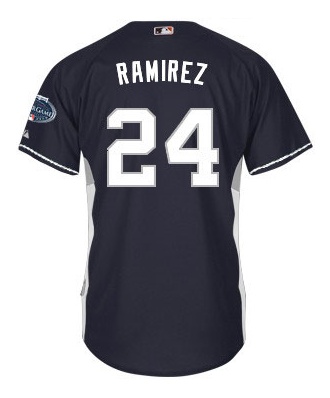 P.S. Last year I started buying a National League jersey as well. Who did I get? Bonds (who isn’t playing this year). Apologies in advance to Chipper Jones…