A classic brain teaser is the Monty Hall Problem. It fools people with a basic understanding of probability (i.e. most of us), and even after a good amount of consternation seems unintuitive. If complex mathematical formulas don’t convince you, then you’ll likely have to see it actually happen to believe it, as I did.

I came across it again today, and I was unhappy with the idea that this remained a difficult hurdle for my brain to jump, even though at this point I know the answer.  I came up with the following explanation that I think is as simple as it gets, so if it still sticks in your craw as it did mine, perhaps this will help.

If you never switch:

If you always switch:

If you always switch, you will win 2/3 of the time.

Diagrams and formulas aside, the phrase “the other empty door” is what made it come together for me.

As I entered the 7-11 in Central Square the other day, there was, as usual, a man seated outside the door. The unusual aspect was that another man was challenging his right to use the spot, threatening violence. As I exited the store, the two were discussing how much the new man would pay the old man for the spot. The asking price was at $0.50. There’s an annual balloon festival in Hudson, MA. The festival itself isn’t much, a dozen or so local vendors, but it happens to be across the street from Reeny, so it’s hard to argue against checking it out. I was somewhat surprised that it seems fairly easy to get one in the air, you roll it out, blow a fan into it, and fire it up when it’s almost ready. I’m sure there are some tricks, but they’re typically launched by just a few people. It was also a good test of one of my new toys, the circular polarizing lens filter, which can really make the blue sky and clouds pop. I try hard to avoid posting the endless stream of videos and random pictures one encounters on the internet, but this one is just too bizarre not to share. This came in a spam that not only got through my spam filters, but somehow tricked Thunderbird into displaying the image without a prompt. I’m going to have to grant it the award of “most grizzled Santa Claus ever”. 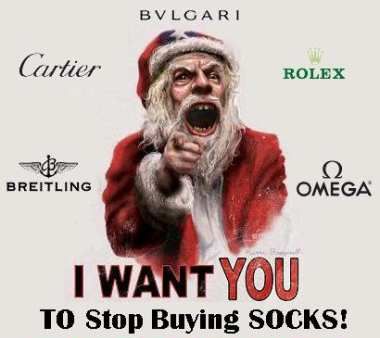 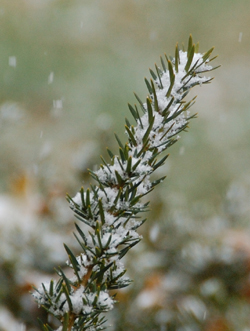 One of my favorite days of the year, even when it’s only a dusting. Happy winter everyone! 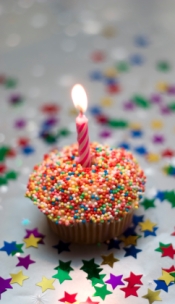 So I’ve been a bit absent from writing lately, and missed the 1 year anniversary of this blog. Posting will resume tomorrow, but for now, here’s a little zeitgeist for year one:

Most popular posts (by page views)

Nice to see that these were spread across the main topics.

Most popular categories (by number of posts)

Most popular search keywords (by visits)

Most popular traffic sources (by visits)

A post on the Freakonomics blog got me thinking. What inventions have genuinely improved, or even affected, my life. I drew up a list, and decided to constrain it to the 21st century, so things like the cellphone, the VCR, the CD, the ATM, instant messaging, and online banking aren’t on the list. Here they are, and where possible I put the approximate year I adopted them.

Major Advances, Unadopted by Me

There’s probably some that I missed, or just weren’t important enough to remember. My main question is, what’s next to get on the list, and where on the list will it end up?

If you’ve perused my flickr stream you’ve probably noticed I’m a fan of aquariums. As a member of the New England Aquarium, I get a monthly email newsletter. The strange part, to me at least, is that at the end of each newsletter is a new recipe for cooking fish…

I put “savage” into GoDaddy‘s search box, just to see what would come up, and while savage.com is obviously taken, it suggested some rather entertaining alternatives:

Saw this over at Matt’s LJ, seemed interesting.

IF YOUR LIFE WERE A MOVIE, WHAT WOULD THE SOUNDTRACK BE?
REMEMBER, DON’T CHEAT!
So, here’s how it works:
1. Open your library (iTunes, Winamp, Media Player, iPod, iPaq etc)
2. Put it on shuffle
3. Press play
4. For every question, type the song that’s playing
5. When you go to a new question, press the next button
6. Don’t lie and try to pretend you’re cool…

Note: I skipped the song if the same artist came up again.

Opening Credits: Dr. Dre & Ice Cube – “Natural Born Killaz”
What kind of movie is this going to be?

Waking Up Scene: Susie Van Der Meer – “Somebody Has to Pay”
From the Run Lola Run soundtrack, not a bad choice for a breakfast montage.

Walking Down The Street Scene: House of Pain – “House of Pain Anthem”
This could be funny, fitting or tragic depending on which street we’re talking about.

Car Driving Scene: The Police – “Don’t Stand So Close to Me”
Eh, not a great fit.

Break-up/Throwing Things/Slow Motion Scene: The Dust Brothers – “Psycho Boy Jack”
If you broke up in a run down gas station with flickering flourescent bulbs, this would be a good choice.

Bar Scene: Air – “The Vagabond”
Harmonica, hand clapping and Beck, sounds like a good bar to me.

Nightclub Scene: Underworld – “Ballet Lane”
It fits if its a laid back club full of people sipping amaretto.

Dreaming About Someone Scene: Bjork – “Sod Off”
Dreaming about pre-emptively dumping someone.

Realization Scene: 311 – “Fat Chance”
Realizing one of your favorite albums is almost over.

Chase Scene: Mudvayne – “Nothing to Gain”
Hmm, wouldn’t work for a car chase, maybe a foot chase through the city.

Happy Love Scene: Marilyn Manson – “The Speed of Pain”
Might work with a loose interpretation.