There’s an ever-growing number of online music services out there, but none of them have really nailed it for me. Here’s my list of demands:

The idea that music can bring you back to a time and place is not a novel idea. There are songs you hear that make you remember the first time you heard them, or a specific event like a wedding, but I think there’s an even more powerful level. When I’m addicted to a song, it can get tied to a place as well as date, and when I’ve moved on from that place, I basically put that song back in its box, and file it away. It will come up in shuffle again someday, but it loses its primacy. Here are some of mine:

My venerable iPod had a bad run-in with an open sunroof and some precipitation, and my other one is still packed, along with my music drive. After a couple months of tinkering with Pandora and Last.fm, I needed to go out and find some good music the old fashioned way. That means without the benefit of a recommendation engine that thinks my affinities for various flavors of hip-hop and bands from France (Daft Punk, Air) mean I will like French hip-hop. Which I don’t. Because it’s horrible. French is well suited for poetry and indignation, but rapping … non.

So, I trawled the Amazon mp3 store for a while and ended up with a basket of albums:

1. Lily Allen’s “It’s Not Me, It’s You” – Decent but disposable pop, previous album was far more interesting.
2. Franz Ferdinand’s “Tonight” – Low expectations were met, I don’t even know if I’ve listened to it twice.
3. Andrew Bird’s “Noble Beast” – I haven’t really give this one a chance yet, it’s kind of wimpy and I haven’t really found the right situation to listen to it yet.

Then things started to get interesting.

4. Passion Pit’s “Manners” – As long as you skip the first song, this is a great, fun album. There’s hints of Michael Jackson, Daft Punk, some 70s and 80s pop, but it’s fresh, not retro. I was hooked on it for a week or so.

One of my favorite albums from 2008, though it was released in 2007, was Panda Bear’s “Person Pitch”, which might best be described as listening to a Beach Boys cover band playing at Arlington station while you’re at Symphony. I never realized that Panda Bear was a part of the Animal Collective, but when I found out, I bought:

5. Animal Collective’s “Merriweather Post Pavilion” – This is a complicated album, that I just couldn’t really get into at first, but after a while, I came back to it and enjoyed it much more.

Serendipity struck when I bought the final album in the list, thinking it was another Animal Collective member, which it’s not, but given the name you can understand my confusion.

6. Grizzly Bear’s “Veckatimest” – The first time I listened to this album I was picking on some Radiohead wannabe vibes, but then I tried again and picked up a couple things and liked it more. Then again, and again, and again, for my entire commute to and from work each day. Each day I have a different favorite song. I haven’t enjoyed an album this much in years, probably since Atmosphere’s “Sevens Travels”. If you want something interesting, a little outside of the box but not as weird as Panda Bear or as over the top as Passion Pit, you should definitely check it out. 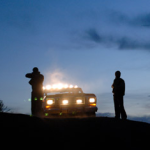 At some point in your life, your parents probably told you “life isn’t fair”. The Coen Brothers expand on this story with a ruthless, precise rendering that ended up being my favorite movie of 2007. Its not fun or funny, there’s a couple hiccups, but this film will stick to your ribs.

Many successful musicians put out albums that aren’t “real” albums in that they don’t contain much new music, but they either have a different take on them (remix albums), round out the fan experience (live albums) or just milk fans and almost-fans of some money (best of albums). They aren’t marketed as heavily, bands don’t tour to promote them, sometimes you don’t even notice them unless you are a devout fan. Once in a while, however, these end up being my favorite (AKA the best) albums a band releases. One of these just came out, namely Daft Punk’s “Alive 2007”, which is “pretty remarkable” to quote a friend. A list is born.

A post on the Freakonomics blog got me thinking. What inventions have genuinely improved, or even affected, my life. I drew up a list, and decided to constrain it to the 21st century, so things like the cellphone, the VCR, the CD, the ATM, instant messaging, and online banking aren’t on the list. Here they are, and where possible I put the approximate year I adopted them.

Major Advances, Unadopted by Me

There’s probably some that I missed, or just weren’t important enough to remember. My main question is, what’s next to get on the list, and where on the list will it end up?

Saw this over at Matt’s LJ, seemed interesting.

IF YOUR LIFE WERE A MOVIE, WHAT WOULD THE SOUNDTRACK BE?
REMEMBER, DON’T CHEAT!
So, here’s how it works:
1. Open your library (iTunes, Winamp, Media Player, iPod, iPaq etc)
2. Put it on shuffle
3. Press play
4. For every question, type the song that’s playing
5. When you go to a new question, press the next button
6. Don’t lie and try to pretend you’re cool…

Note: I skipped the song if the same artist came up again.

Opening Credits: Dr. Dre & Ice Cube – “Natural Born Killaz”
What kind of movie is this going to be?

Waking Up Scene: Susie Van Der Meer – “Somebody Has to Pay”
From the Run Lola Run soundtrack, not a bad choice for a breakfast montage.

Walking Down The Street Scene: House of Pain – “House of Pain Anthem”
This could be funny, fitting or tragic depending on which street we’re talking about.

Car Driving Scene: The Police – “Don’t Stand So Close to Me”
Eh, not a great fit.

Break-up/Throwing Things/Slow Motion Scene: The Dust Brothers – “Psycho Boy Jack”
If you broke up in a run down gas station with flickering flourescent bulbs, this would be a good choice.

Bar Scene: Air – “The Vagabond”
Harmonica, hand clapping and Beck, sounds like a good bar to me.

Nightclub Scene: Underworld – “Ballet Lane”
It fits if its a laid back club full of people sipping amaretto.

Dreaming About Someone Scene: Bjork – “Sod Off”
Dreaming about pre-emptively dumping someone.

Realization Scene: 311 – “Fat Chance”
Realizing one of your favorite albums is almost over.

Chase Scene: Mudvayne – “Nothing to Gain”
Hmm, wouldn’t work for a car chase, maybe a foot chase through the city.

Happy Love Scene: Marilyn Manson – “The Speed of Pain”
Might work with a loose interpretation.

Every once in a while, I (and probably most of you) get addicted to a song or album. The day just isn’t complete without hearing it a few times. I’m currently addicted to a possibly-record 4. It’s also very interesting that all 4 songs are available for free, legitimately!

“Truth Is” and “Uncle Sam Goddamn”, both by Brother Ali, who seems to be the second best artist on the Rhymesayers label, behind Atmosphere. Nice beats, plus Ali’s a very talented rapper, and an interesting fellow, a mixed-race albino who’s found himself in an extremely race-conscious industry/genre. You can hear both songs at brotherali.com

The other two are remixes by Ratatat (apparently unsigned), who I came across a while back when someone used them for a World of Warcraft video. “Party and Bullshit” by Notorious B.I.G, and “The Mule” by Z-re, Devin the Dude & Juvenile. Both are available on myspace.com/ratatatmusic.

So this made me think of the albums (not songs, there’s been too many) that I’ve been addicted to over the years. I’m going to set a threshold here of at least 3 months of compulsive daily listening. Albums I just happened to have left in my CD player for too long don’t count either. This means that there aren’t many, because it’s rare to be hooked for a week, never mind 12. I’m actually surprised there’re even this many, but then again, I am getting old. Note: I’m not making any claims to the objective Greatness of the albums on this list, though some are (OK Computer, Odelay), and some are clearly not (Fine Malt Lyrics). It’s just that these are the ones that stuck the longest, for me, when thrown against the wall.